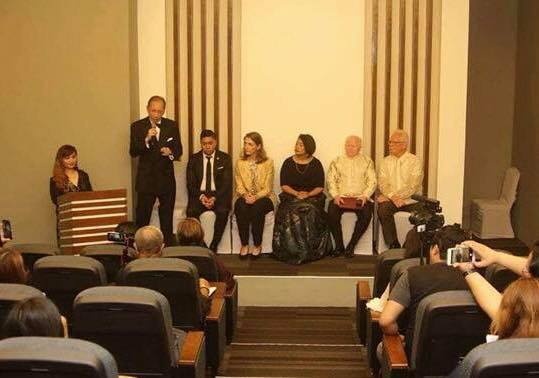 The oldest American organizations in the Philippines, The American Association of the Philippines (AAP) will celebrate the “71st George Washington Charity Ball" event at The Rizal Ballroom at Makati Shangri-La on February 16, 2019, 6PM, Saturday with performers like Arnel Pineda of the American band “The Journey.” The organisers are expecting 500 attendees with different leaders to grace the event with the usual attendance of the representatives from different embassies.

The organisation will acknowledge also leaders who are making a difference not just here in the Philippines but globally. Last year, AAP had the first Filipina CEO, Sheila Lirio Marcelo, who made it at New York Stock Exchange came.

According to Loida Nicolas Lewis, “Sheila Lirio Marcelo is one of only 3% women CEOs in public traded companies. Five years ago, on January 24, 2014, the company Care.com she founded in 2006 was listed in the New York Stock Exchange with the ticker symbol CRCM. Care.com — headquartered in Waltham, Massachusetts — is the world’s largest online destination for finding and managing family care, serving more than 27 million people across 20 countries. As Care.com has grown and scaled, Sheila has been honored with numerous accolades, including being named one of the “Top 10 Women Entrepreneurs” by Fortune Magazine. In 2014, she was the youngest recipient of the Harvard Business School Alumni Achievement Award.”

The Association was born in the Philippines in 1949 in the aftermath of the ravages of the 2nd World War in a devastated country that was deemed the second most bombed out country in the Second World War, granted independence in 1946 without the benefit of reconstruction or rehabilitation.

AAP is also the Owner-in-Trust of the American Historical Collection, approximately 60,000 volumes about the American colonial Period and Post-war events that used to be housed in the US Embassy. We are in the embryonic process of organizing medical and dental missions from the US to underserved communities and providing assistance to Americans and the community.