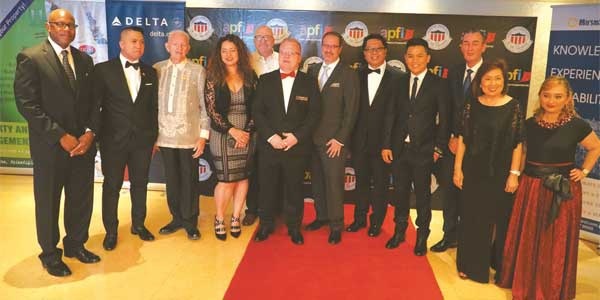 US Ambassador to the Philippines

State of the Art Researcher in Ophthalmologist Science

FRONTROW International was honored for providing Filipinos with jobs, hosting regular gift-giving programs for indigent children and collaborating with various foundations involved in these endeavors.

This Filipino-owned company enjoys a unique status as the bold, new face of multi-level marketing. Through its line of health and wellness products, it has carved a niche for itself in the highly competitive beauty industry. Today, it enjoys the lead as a forward-driven company that has over 800,000 active distributors across the globe.

Despite its youth, it has garnered numerous awards from peers in the business sector. In 2010, the Philippines Yearbook: The All New Power 88 recognized FRONTROW International as the “hottest multi-level firm of today’s generation.” The next year, it was honored as the “Most Empowering Wellness, Business & Career Opportunities Company” at the Top Brand Awards. In 2017, FRONTROW received the highly-coveted “Best Company of the Year” award from the Asian Networkers Convention and Expo, and the “Best Global Company of the Year” award the year after.

Led by RS Francisco and Samuel Verzosa, FRONTROW International has committed itself to its mission of empowering every Filipino to live their life to the fullest.

It aimed to raise funds for the following purposes:

• Providing scholarships for the children of Americans, Fil-Ams and Filipinos

The AAP celebrates the partnership of its members–the American community, the US Embassy, and the American corporations–which in 1949, helped the struggling local Americans displaced by World War II in the Philippines. AAP is also the owner-in-trust of the American Historical Collection, with approximately 60,000 volumes about the American colonial period and post-war events that were once housed in the U.S. Embassy.

With the support of its different partnerships and members, AAP is able to conduct its social welfare projects.