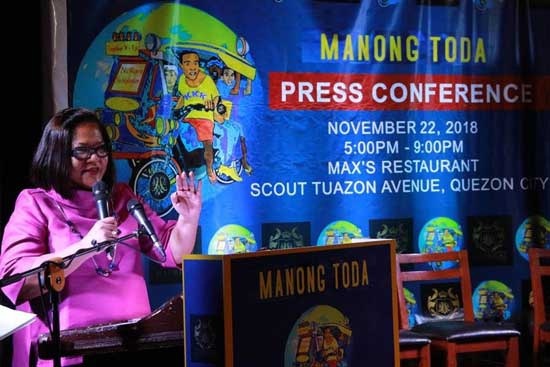 In an effort to help alleviate the lives of margi­nalized tricycle drivers, the Madrigal Foundation, headed by Ms. Patricia Madrigal with its partners recently, launched its Para Kay Manong Toda advocacy campaign.

Through these activities and similar awareness programs like seminars, the Madrigal Foundation hopes that the tricycle drivers will be heard, which will also pave the way for their needs to be addressed.

Most of the tricycle drivers work seven days a week and are often considered the head of the family. They do not have health insurance and most are not entitled to receive benefits from the government. These modern day heroes are also constantly exposed to pollution and environmental hazards.

One of the program under the Para Kay Manong Toda project is to focus on the trike drivers’ working and medical conditions and seek help for it. Through information dissemination, the campaign can go a long way in allowing these drivers to continue helping their families as well providing safe transportation to members of their community.