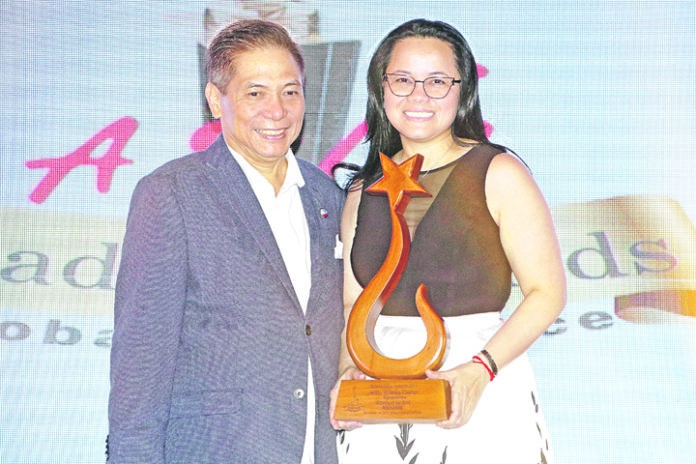 SUBIC BAY FREEPORT—Subic Bay Metropolitan Authority (SBMA) Chairman and Administrator Wilma T. Eisma received recognition for excellence in governance during the Asia Leaders Awards 2019, which acknowledge leaders who promote the Philippines as the premier business hub in Asia and beyond.

Eisma was bestowed the “Woman of the Year” award, along with five other women executives who excelled in their respective fields during a ceremony at the Shangri-La Hotel in Makati City on Tuesday night.

In receiving the award for governance, Eisma expressed gratitude for having been recognized for her role as head of the SBMA, which manages the Subic Bay Freeport Zone.

The award was the latest recognition that Eisma has received since becoming SBMA chairman and administrator in late 2017.

According to Engr. Grace Bondad-Nicolas, cofounder of the TAG Media Group that organized the event, the Asia Leaders Awards recognizes individuals “who not only exemplify great leadership among their peers, but also offer solutions to the problems of the country and our nation.”

“Above all, we award individuals who go beyond to demonstrate an outstanding achievement for the welfare of others,” she added.

AAP Chairman Rick Sobreviñas, a member of the awards committee this year, also said that it was “important to recognize the contributions of outstanding leaders who move society forward and find better ways to deliver value to their customers or stakeholders, as well as advance the economic development of our country.”